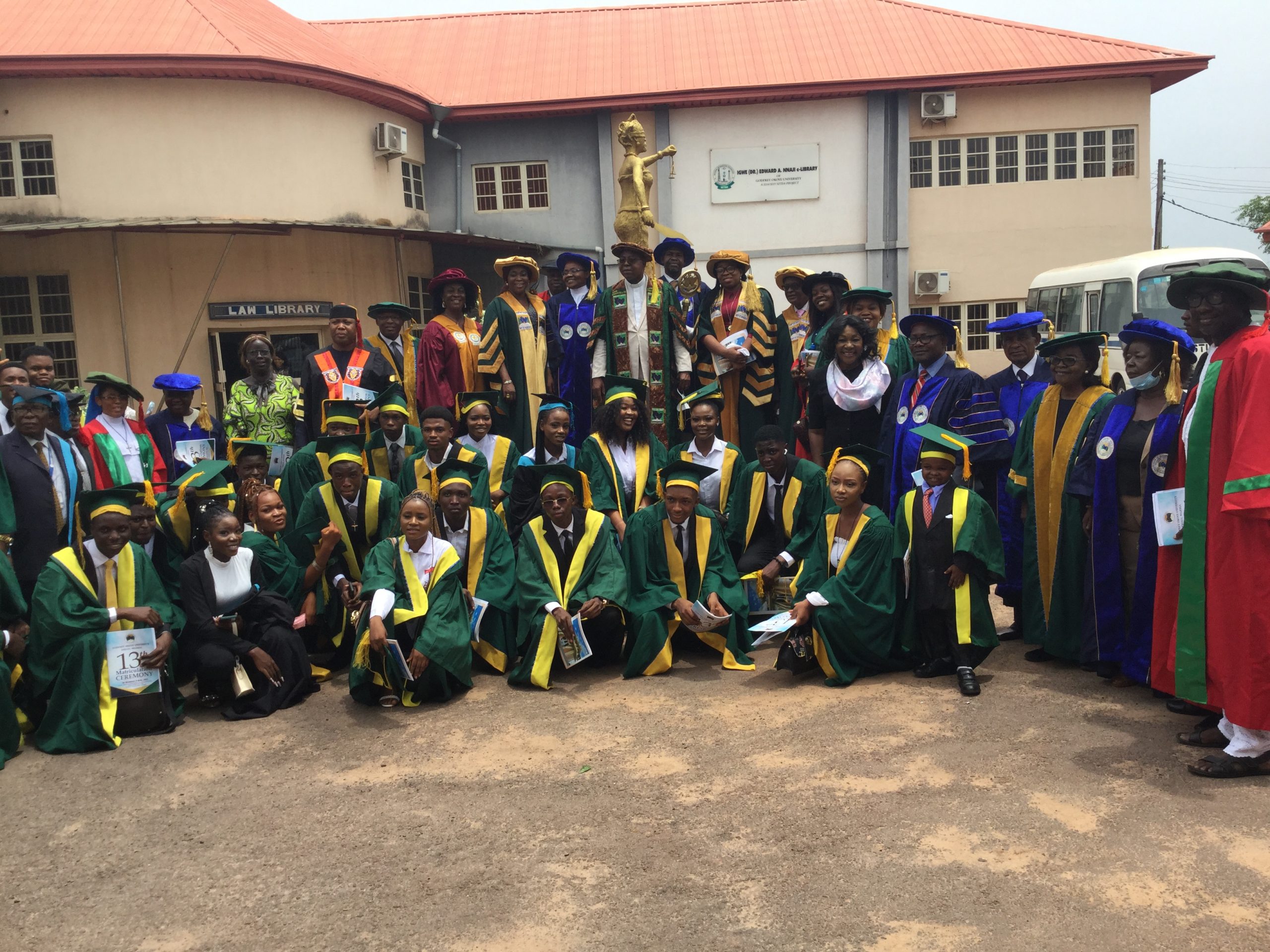 Over 600 students were admitted into various programmes, departments and faculties of Godfrey Okoye University Enugu and the School of Post Graduate Studies at the 13th Matriculation Ceremony of the University.

The event which was held at the Justice Cordelia Chukwurah Convocation Arena, Thinkers Corner Enugu on the 6th of April, 2022 was graced by parents of the new students, friends of the university and distinguished guests.

Prof Anieke said the university helps students to understand their divine parentage by letting them to see the truth in other religions and faith and gets them involved in religious activities and common prayers.

The Vice Chancellor made it clear that students of Godfrey Okoye University must be sound in logic and philosophy as well as capable of separating sense from nonsense. He added that students have the opportunity to travel to the partner universities in Europe and America, stressing that six students from Germany will be admitted to study in GO-university next academic year.

He warned that the institution has no room for drug, cultism, yahoo-yahoo barbarism and idiocy, assuring parents that they would not be disappointed for sending their children to the university.

The South East JAMB Zonal Director, Mrs Ebele Chris Okeke, who represented the Registrar of the Joint Admission and Matriculation Board, JAMB, Prof. Ishaq Oloyede, in a goodwill message, commended Godfrey Okoye University Enugu for maintaining zero tolerance to malpractices and other evil activities in all its programmes.

Professor Oloyede noted that the stand of the university was in line with the policy of JAMB, adding that GO-university is towing the path of righteousness.

In a goodwill message, the President of the university Alumni association, Alphonsus Onyeachonam Nwafor described Rev. Fr. Prof. Anieke as the only Vice Chancellor who is accessible and available and urged the new students to make good plans for their studies.

In a speech, the Chairman of the institution’s Parent’s Forum, Sir Bath Okafor reminded the students that discipline is the key word of the university adding that no student would be allowed to drop because of the parent’s financial difficulty.

Responding on behalf of the new students, Sister Vivian Onwuka thanked God for making the event a reality, pointing out that they will do what they can to achieve the desired results expected of them.

Join the narrative of the growth of Godfrey Okoye University. Visit http://www.gouni.edu.ng