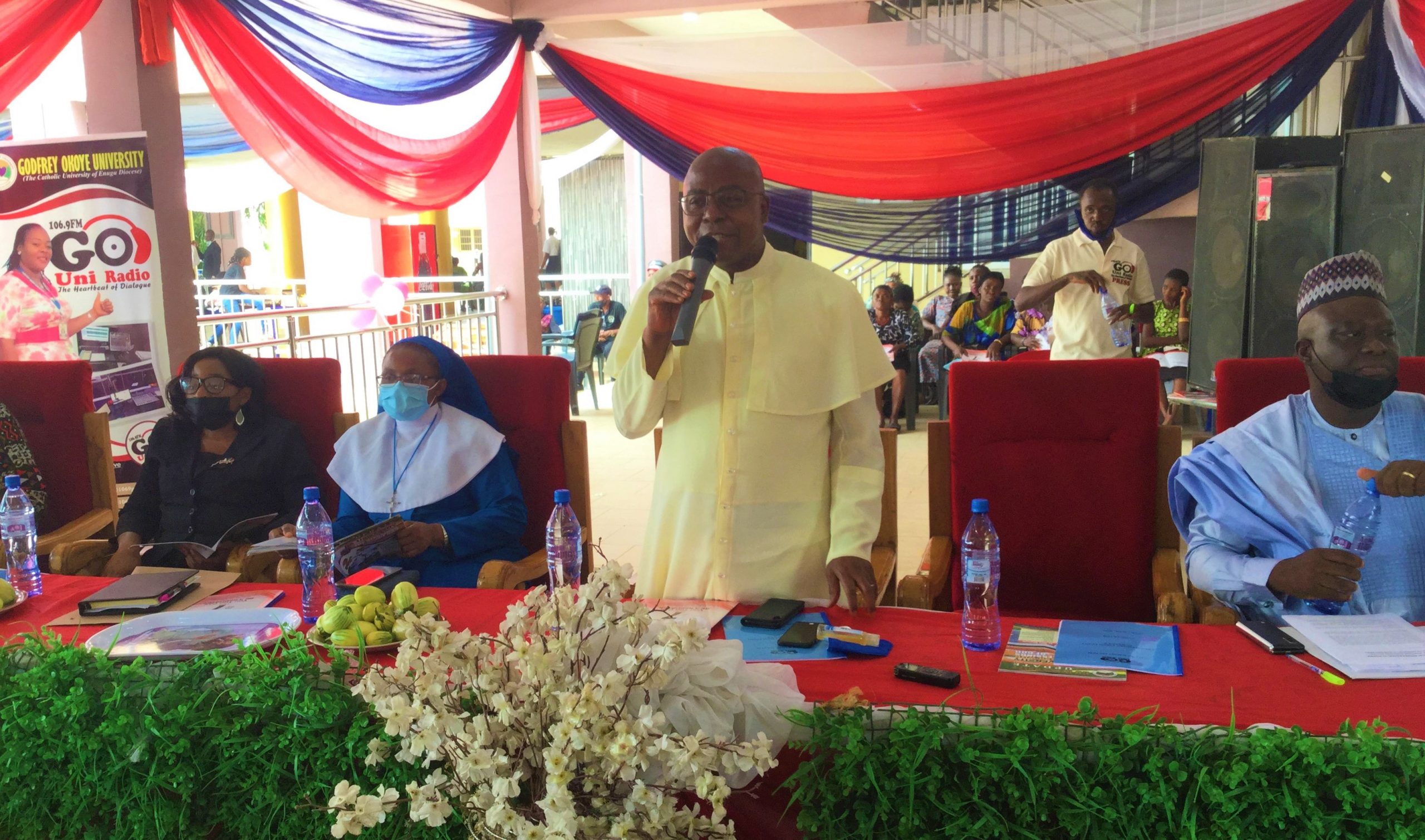 GOUNI Radio was officially commissioned in October 2014 and in 2016, won the best Campus Radio Station in Nigeria in the Campus/Online Category of the Nigerian Broadcasters Merit Awards.

The Radio is at the service of the students of Godfrey Okoye University to help them identify their talents and prepare the students of our Mass Communication in particular for the challenges of broadcasting in a technologically propelled age. Since its establishment, GOUNI Radio has trained over 60 graduates. Some were retained as staff and others have gone ahead to achieve great feats in the media industry, with awards to their names.

In celebration of the day, the special guest of honour, the Deputy Governor of Enugu State, Barr. Cecilia Ezeilo lauded the Management and staff of Godfrey Okoye University Radio as she felicitated with the station on the occasion of its 7th year anniversary.

The Deputy Governor who was astounded by the beautiful presentation of pupils of Godfrey Okoye Nursery and Primary School said she was inspired and urged the University to continue grooming and nurturing, pupils and students who will make the state and country proud.

The Vice Chancellor who recounted his effort to set up the station in 2014 noted that he was confronted with various challenges which included getting the right personnel to pilot the affairs of the station.

He stated that despite the challenges, the station has continued to grow, training students who have excelled in various fields of broadcasting.

The Keynote Speaker, Professor Armstrong Idachaba, the former acting Director General, National Broadcasting Commission in a presentation gave the brief history of campus radio in Nigeria, highlighting its objectives and challenges. He stated that the sole purpose of a campus radio is to train students in all aspect of mass communication as well as engage them in practical skills.

He listed financing as a major challenge among many other challenges in establishing campus radio and urged the radio management not to deviate in the purpose for which the campus radio was established and sort for partnerships to compliment for it financial needs.

The Station Manager of GOUNI Radio 106.9FM, Mrs. Virginia Ani in a remark highlighted the operational routine of the station, noting that Gouni Radio has all units except for marketing due to its limitations as a campus radio.

The Communication Officer, UNICEF Field Office Enugu, Dr. Hilary Ozor in a remark commended the Vice Chancellor and the management team of the radio station for its tremendous success in the aspect of training young mass communicators.

He also appreciated the collaborative efforts of the station in airing UNICEF sponsored Covid-19 sensitization programme, COVID-19 Talks and reassured the station of its continued partnerships and collaboration.

On the terrestrial, GOU transmit on 106.9FM and stream live on www.1069gouniradio.com/listenlive.