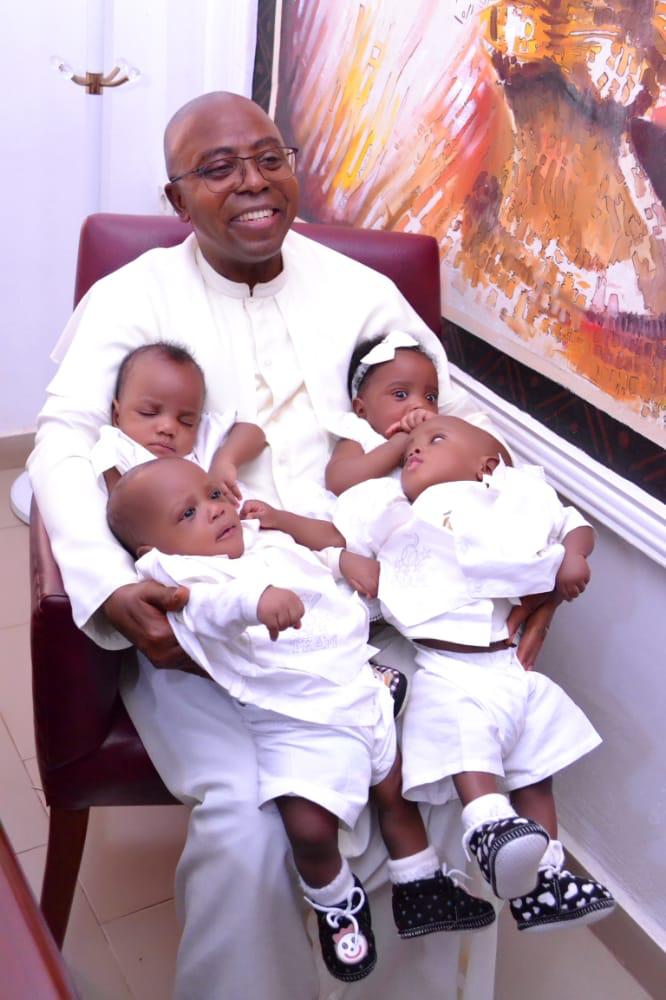 Godfrey Okoye University, Enugu, and Rector of Omnium Sanctorum Chaplaincy, Thinkers Corner Enugu, Reverend Father Professor Christian Anieke has offered scholarships to the quadruplets delivered by an alumna of the university during a Holy Mass and infant baptism of the quadruplets which took place at the Ominium Sanctorum chaplaincy of the university.

The scholarships will cover the nursery, primary, secondary and university education of the children.

The mother of the bundles of joy, Mrs Miriam Chukwumerem Okorogu was the best graduating student of Management, Department of Business Management, class of 2017, Godfrey Okoye University Enugu.

The excited mother of four was joined by a crowd filled with people at the chaplaincy as graduates of the university, family members, friends, staff and students of Godfrey Okoye University as well as members of the chaplaincy turned out in large numbers to praise and worship God for blessing the former student with the quadruplets. 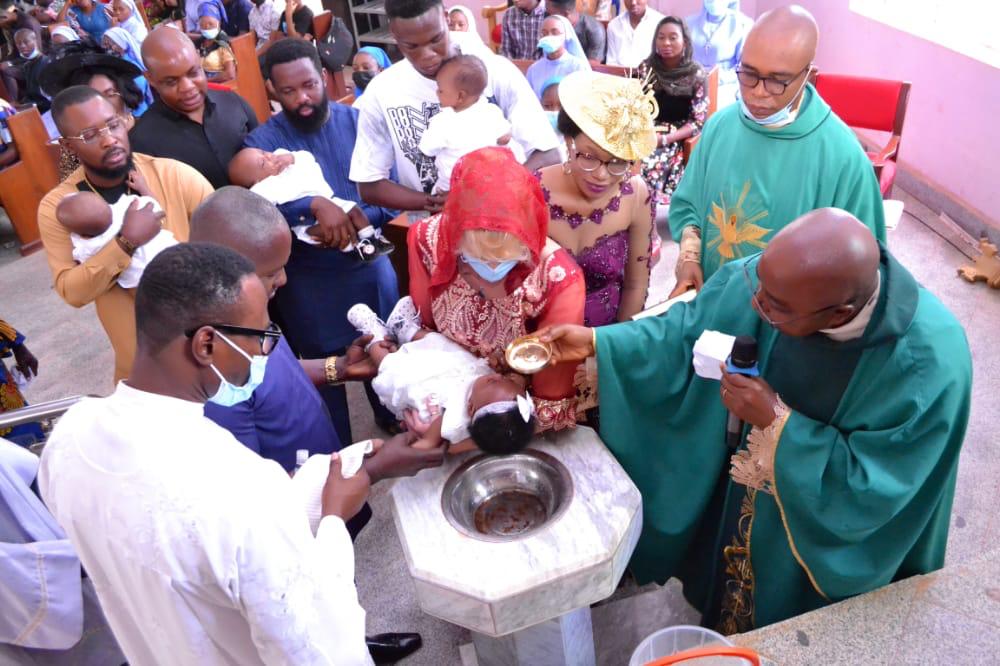 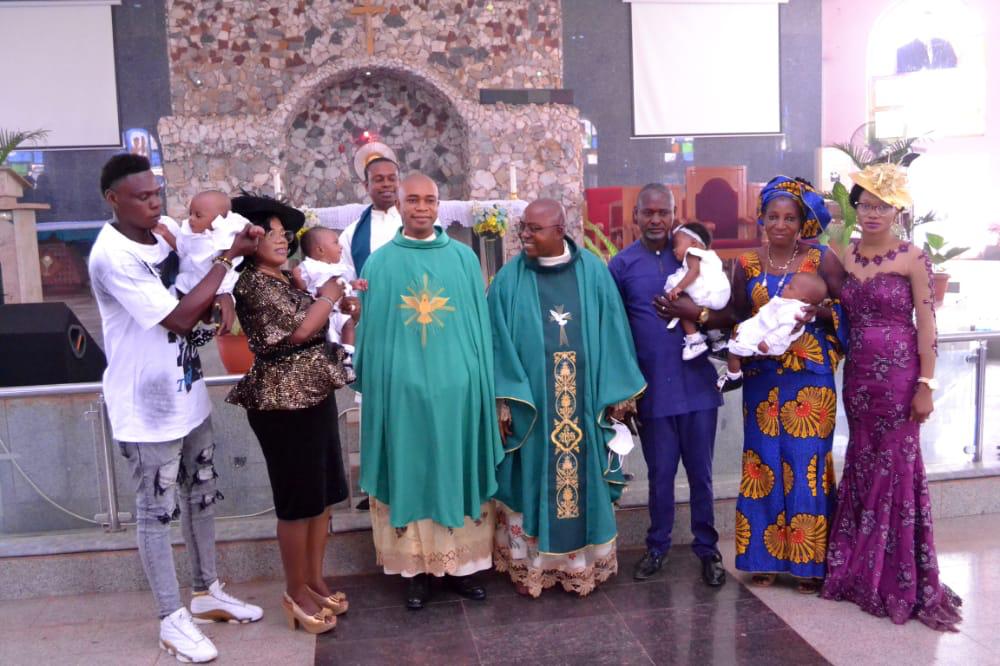 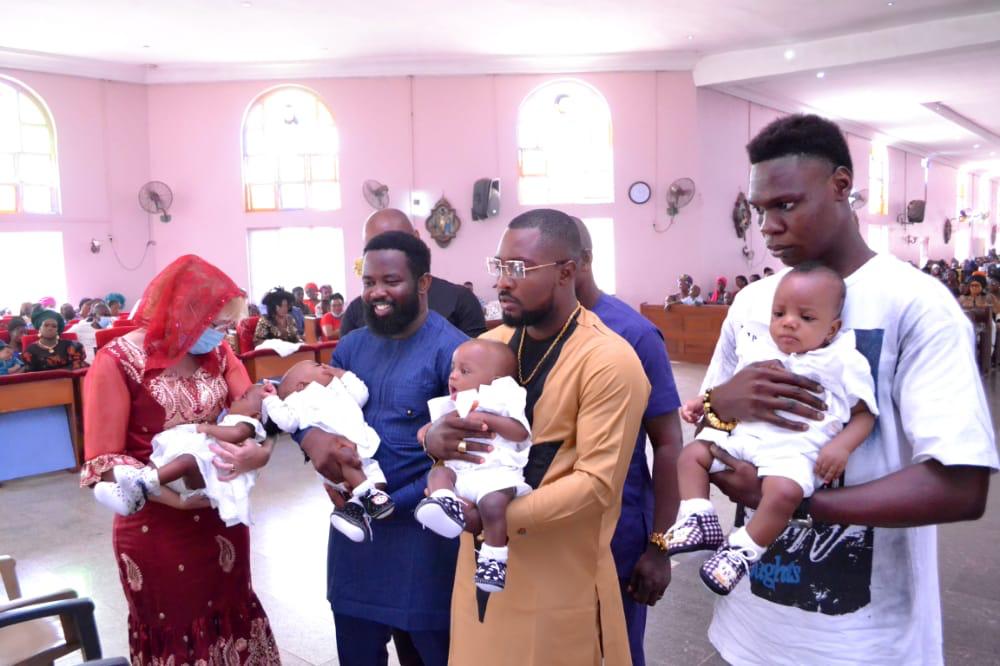 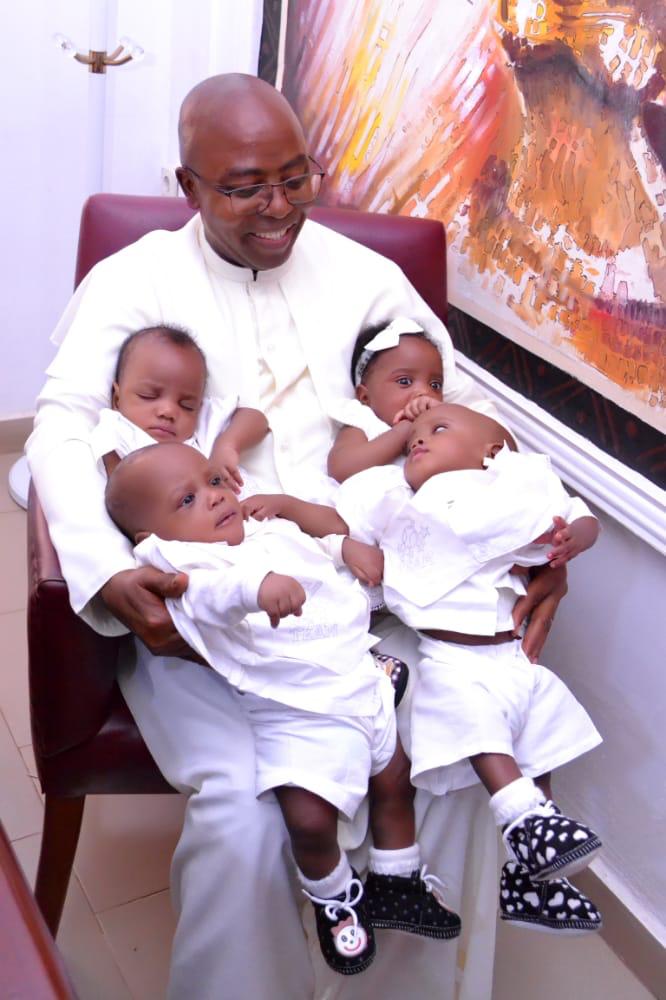 Reverend Father Professor Anieke who baptized the quadruplets, three boys and a girl, enjoined Christians to be grateful always of God’s gift, stressing that the birth of children is a special gift from God.

Rev. Fr. Anieke urged parents to ensure that their children are brought up in the fear of God and obedience to the commandments of the Almighty.

In a comment, the mother of the quadruplets, Mrs. Miriam Okorogu described the birth of the children as a miracle, describing taking care of them as mixed emotions.